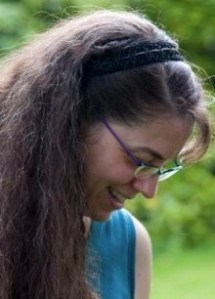 Apparently, this is the part where I talk about myself.

I’m a writer. Sometimes I have delusions of becoming an author.

For most of my life, I lived in my head a lot of the time. A rich fantasy world was rumbling around in there, it just never occurred to me to write any of it down. But then in January 2011 I decided to try writing a fanfiction story set in the BioWare world of Dragon Age (it’s a video game.) A few months later I joined a cooperative writing project, Dragon Age Legacy, a PBEM (play by email) RPG (role playing game) set in the same fantasy world.

I took Cat Rambo’s Science Fiction and Fantasy writing class through Bellevue College in September/October 2011. Ever since I’ve been hooked on trying to do this fiction creating thing as well as I can and constantly work to improve my writing.

I’ve also taken most of Cat Rambo’s online workshops.
I write every chance I get:-)

I have three children; twin middle school-age kids, and one that graduated from college and has achieved real grown-up status. I have a wonderful husband who – so far – seems content to let me continue to be a full-time stay-at-home mom and part-time writer.

Once upon a time I earned a BA in Physics. I was a Metrology Engineer (metrology is the science of measurements) for fifteen years. My last paying job was writing software in C++ for about two years, but I stopped working (for pay) when the twins were born. Sometime during that first three or four years of extreme and continuous sleep deprivation (the twins just didn’t sleep much and never at the same time) I think my left brain reset and my right brain took over.

Tha beagan Gàidhlig agam. That’s Scottish Gaelic for “I have a little Gaelic.” I am a Gàidhlig learner. I also volunteer with a Seattle-based non-profit, “Slighe nan Gaidheal” (the way of the Gael) that provides classes in the Gàidhlig language and promotes Scottish cultural events. I’m not Scottish; it’s the connection with a living Celtic culture and oral tradition that intrigues me.

I was a First Reader for Strange Horizons eMag, from mid-September 2012 to the end of July 2013.

Anything I left out? Oh yes. I’m a feminist and my politics are liberal. I believe in equal rights for all people regardless of their race, religion, gender, gender identity, or sexual orientation. I’m a vegetarian. I recycle compulsively.

Thank you for your interest in my blog!

Contact me, I would love to hear from you! Miriah (at) live.com 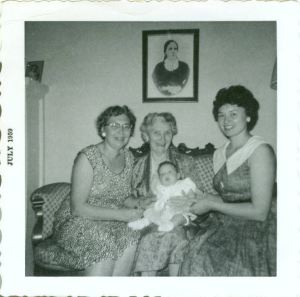 Miriah as a baby, with Mom Judith, Grandma Lucille, Great-Grandma Julia, and (in the portrait) Great-Great-Grandma Maria