It’s near the end of day 15, and my word count is 15,000. I have reached the point where I’m so far behind, catching up and making the 50k word goal is impossible. I’m kind of sad about that. But on the other hand, that realization is kind of freeing.

I have learned more lessons about what works for me. 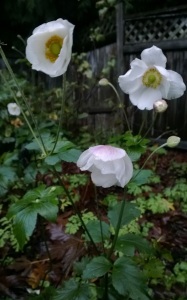 Lesson Five: I don’t have to write a chapter or scene in chronological order. My outline is not so detailed that I can jump around a lot. But I often falter at the beginning of scenes, trying to figure out how to start. There is something special about each scene and each chapter that I thought of first when I thought about what was happening at that point in the novel. The thing I’m most excited about writing. Now, I write that part first.

Lesson Six: I struggle to create new words when I’m feeling down, as is the case with a lot of writers I know. But this is NaNoWriMo, so the guilt shouts: I MUST WRITE WORDS anyway. So I tried… Yep, not productive at all. What I learned was that even when I’m not adding words, I can still make some progress. I can be figuring out stuff about my world. Everything from names of minor characters to important world building stuff (geography, economics, flora and fauna, etc.) And even though my word count doesn’t increase much, that little progress helps my state of mind.

Lesson Seven: NaNoWriMo makes the obstacles to writing SO MUCH more frustrating. I could probably double the length of this post by detailing everything beyond my control this month that has punctured my writing space ship and vented my writing time into vacuum. Suffice it to say, the frustration itself sucked the creativity right out of my soul. So I guess my lesson here is to give myself a break. Yes, I’m going to “fail” NaNoWriMo, since I won’t make the goal. On the other hand, I’m still making progress.

15,000 words on day 15 means an average of 1000 words per day. This is a rate that I think I can keep up even after November. The NaNoWriMo web site says “At This Rate You Will Finish On December 20”

I’m okay with that.

This entry was posted in Writing Path and tagged NaNoWriMo, writing. Bookmark the permalink.