I mentioned in my “Still here and blogging” post that I finished the zero draft of my novel on 5 June 2016. Let me just pause to relish that statement…

Woo-hoo! I finished the zero draft of my novel!

All the best writing advice says that it’s a good idea to let that zero draft cool off until the writer can muster enough objectivity for the next step which is editing the novel. (Cooled off. Check.)

The next step is to edit that roughly novel-shaped pile of words to the best of my ability. (The following step is recruiting beta readers and other writers for feedback/critique. Then more editing.)

But, where do I start? I had a hard time wrapping my head around the entire 115k words of novel draft. It’s tough to hold the whole slippery thing in my mind all at once. Do I start editing at the beginning? Do I jump around in the middle, using the notes I made to fix the sudden shifts in plot and character motivation and loads of other stuff? I haven’t really seen any writing advice about the nuts and bolts of digging in to a messy zero draft and turning it into a coherent first draft.

So, this is the approach I came up with for editing my zero draft:

First, I read through the zero draft and summarized everything as it is. Including that chapter I knew would have to be thrown out and rewritten the moment I finished it. Mistakes and all, even the first chapter that doesn’t work anymore now that I know exactly how the novel ends. My summary consists of about one sentence per section, so there’s a paragraph for each chapter.

My next step is to write a chapter-by-chapter summary for the novel’s next draft. This will serve as a detailed outline when I begin re-writing and give me a tool for holding the entire novel in my brain at the same time. So far, I’m up to chapter 4 of 18. I hope that the two outlines will serve as a map from where I am to where I want to go.

How do you handle the first revision of your zero-draft? 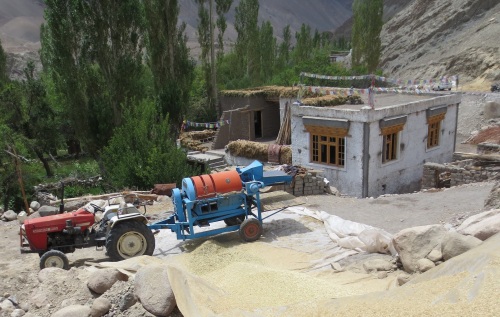 This entry was posted in Writing Path and tagged edit, novel, writing. Bookmark the permalink.